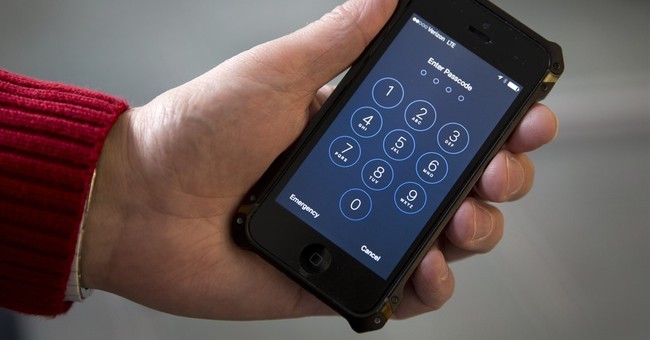 Trending
"Fake News!" shouts our president, calling out CNN, The New York Times and others.
I love it.
Although it's not really true -- not the way President Donald Trump means it. The media rarely "fake" anything. Over time, they generally get the facts correct.
But the president makes a good point: The smug lamestream media spin left but won't admit it.
At ABC News, my colleagues acted as if I was the only guy in the building with an opinion. Everyone else was "in the middle." This was nonsense. Almost all were leftists. They constantly pushed big government. Their bias was revealed in questions they asked, the "experts" they chose to interview and their endless calls for political correctness and new regulation.
Unfortunately, Trump is now just as ridiculous, claiming that "crime is reaching record levels" when it's half what it was 25 years ago. He claimed, "We had a very smooth rollout of the travel ban," and that he had "the biggest electoral college win since Reagan," and so on.
This is absurd. Facts are facts. Trump shouldn't make things up.
But I still love his "Fake!" tweets because much of what media spew is misleading.
I did it myself. On "20/20," my consumer reports covered exploding coffee pots and risks posed by pesticides used on lawns. ("Danger in the Grass!")
These weren't lies. A few personal injury lawyers did have clients injured by coffee pots. One man's skin peeled off after he played golf on a freshly sprayed course. The injuries were horrible.

CARTOONS | Bob Gorrell
View Cartoon
But in terms of consumer protection, this "news" was irrelevant and misleading. It's a big country. Rare and horrible things happen. I wised up eventually, realizing that those threats distract people from real threats, like driving in the rain, drinking too much, smoking, etc.
But my peers continue to terrify people about trivial or nonexistent threats from power lines, hair dye, saccharin, NutraSweet, Teflon pans, electric blankets, computer terminals, cellphones, "killer" bees and more. They win awards for it.
In 1999, the media said planes would crash because computers couldn't handle the switch to the year 2000. Now they claim global warming will drown us if we don't honor meaningless climate treaties. They imply that polar bears are vanishing, although scientists studying 13 polar bear populations found "12 stable/increasing and one declining."
Friday, Trump varied his attack, calling The New York Times, NBC, ABC, CBS and CNN "the enemy of the American people."
Enemy?
Maybe Trump said that because he's a narcissist who thinks he is "the American people" and the media run antagonistic headlines like:
"Doomsday Clock Ticks 30 Seconds Closer to Global Annihilation Thanks to Trump, Scientists Say" -- NBCNews.com
"...Trump will Destroy the Environment..." -- The Intercept
"Trump Will Destroy Public Education If We Let Him" -- Huffington Post op-ed
"Is Donald Trump a Threat to Democracy?" -- New York Times
"How Trump's Speech to the CIA Endangered America" -- The Atlantic
These claims are a mix of opinion and click-bait. All are possible. Trump could be the infantile, petulant authoritarian some of us fear. Terrible things may happen. But they haven't yet, and much of what's written deserves the label "fake news."
The press is depressingly shallow. They blow up little things, speculate about conspiracies and constantly obsess about "who's winning?" Offensive remarks are taken out of context and amplified. Days later, it's forgotten and the media move on to the next sensational accusation. They rarely explain the policies at stake, what those policies cost, past success or failure or the laws of economics.
As a result, we miss the real news: the big, important changes that happen slowly. Remember the coverage of the beginning of the women's movement, the invention of the computer chip, Google, Facebook, etc.? No? That's because there wasn't any. But the growth of Facebook alone changed lives more than the election of any politician.
Wages rise -- inflation-adjusted household income rose $7,000 over the last 30 years. But the media claim that the middle class and the poor get poorer.
We live longer than ever. Crime is down. But Americans are fearful and pessimistic because what they read and see on TV makes them believe life's getting worse. When the media do that, they are indeed enemies of the people.