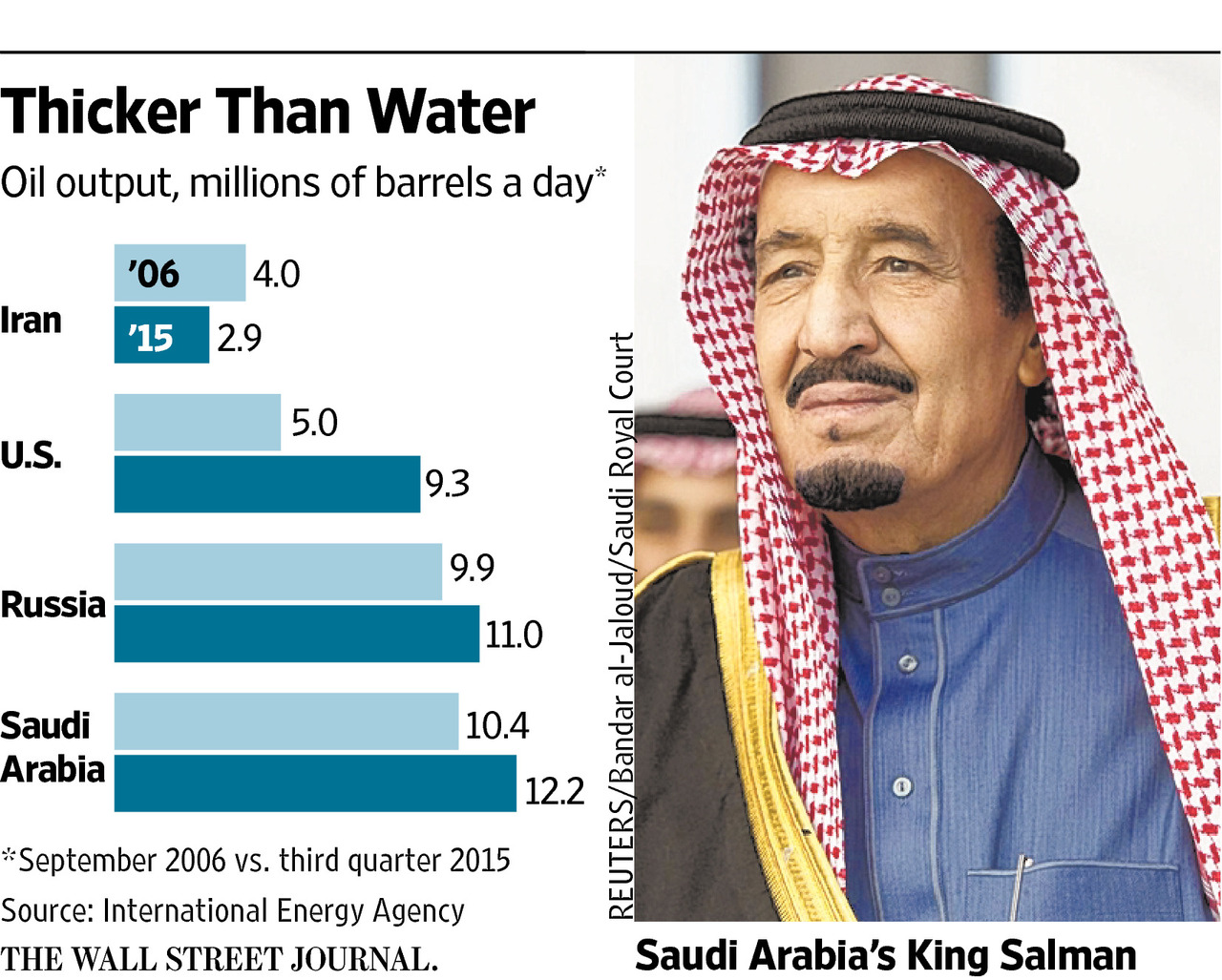 ENLARGE
By
SPENCER JAKAB
Updated Jan. 31, 2016 3:18 p.m. ET
45 COMMENTS
The game being played in the global oil market today bears more than a passing resemblance to poker. Nobody wants to quit while they’re losing.
That is important for investors to keep in mind as they ponder what have become almost daily spikes and drops in the price of crude. So, too, is the role of Saudi Arabia in the game.
It remains within Saudi Arabia’s ability to foster at least a partial recovery in crude prices on its own. A sharp rally in prices last Thursday morning was based on comments from Russia’s energy minister that the Saudis might get the ball rolling on 5% output cuts. That was quickly refuted and oil gave up much of the gains.
All major producers are suffering financially at today’s low prices—while oil has bounced from its sub-$30 nadir of January, it is still down nearly 7% in 2016 and nearly 70% from its 2014 peak. And Saudi Arabia hasn’t forfeited only a couple of hundred billion dollars and counting in forgone revenue, but also market share.
That has mainly been to a relative newcomer, U.S. shale producers. But going forward it may be to an old adversary: Iran. 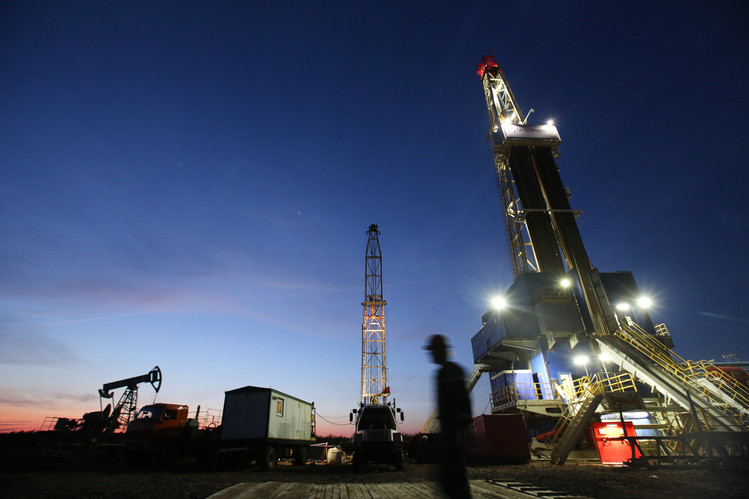 ENLARGE
A Russian drilling site. Although Russia is pumping more crude than ever, Saudi Arabia still has the upper hand.PHOTO: BLOOMBERG
The Shiite powerhouse is ramping up production following the lifting of nuclear sanctions. And its export surge is occurring against the backdrop of ongoing proxy wars in Syria and Yemen. Those make it difficult for Sunni champion Saudi Arabia to take the lead with output cuts.
Advertisement
Russia, meanwhile, is pumping the most crude ever, hitting a post-Soviet Union peak. But it may have difficulty maintaining today’s pace given a lack of investment in its aging Siberian fields. The chief executive of Russian oil giant Lukoil predicted that Russian output would drop in 2016 for the first time in several years.
And then there is the additional wrinkle that Russia is actively on Iran’s side in Syria. For those reasons, not only have occasional statements from Russia about nonexistent agreements been something of a bluff, so too might be the country’s willingness to voluntarily curb its own output.
In other words, Russia is holding weak cards and the Saudis know it.
That doesn’t necessarily leave the game at a permanent impasse, though.
The newest players at the table are U.S. shale producers. They helped the U.S. to increase output by 80% between 2008 and 2014 and have the shortest stack of chips at the table.
Unlike governments, there is no OPEC of shale to coordinate output or absorb losses. Instead, there are loans to service and shareholders to placate.
Shale output will keep shriveling at today’s prices as companies slash spending and many go bust. On top of that, tens of billions of dollars in deferred capital expenditure from private companies on conventional oil projects soon will begin to affect output.
Private oil companies’ pain can help balance the market, but that will take time. Russian overtures that include political and military concessions might break the logjam and persuade the Saudis to take the lead on production cuts.
For now, politics, if not economics, suggests the Saudis will remain all-in. That alone could keep a lid on an immediate oil-price recovery.
Write to Spencer Jakab at spencer.jakab@wsj.com
http://www.wsj.com/articles/oil-price-poker-why-the-saudis-wont-fold-em-1454270904?mo
Posted by --------------------------------------- at 8:50 PM