The 3 Biggest Biotech Threats to Our Planet

Image Credits: Gazeronly / Flickr
Through rampant and unchecked genetic manipulation, multinational biotechnology juggernauts like Monsanto continue to churn out genetically modified creations that threaten the entire planet in a way that we have never before witnessed throughout history. Examining the role of genetic manipulation, even going beyond the affects on human health, it’s easy to see how the very genetic integrity of the environment can be compromised in the blink of an eye — and that’s even more concerning than the potential human health effects. Here are 5 ways Monsanto continues to threaten life on our planet, and perhaps more importantly, what we can do about it:

Monsanto’s number one enemy? Knowledge: specifically on the subject of what is actually lurking in your food supply. That’s why Monsanto is doing a great job in shoveling millions into the furnace of anti-labeling propaganda in order to keep you in the dark about what’s inside your favorite food brand. Because after all, Monsanto would likely go bankrupt if everyone knew what they were truly eating. Corporations would be forced to respond to public action, removing the GMOs from the products to regain any form of credibility and sales, and as a result Monsanto would be kicked out of the marketplace.
This is why we see Monsanto shelling out millions to fight GMO labeling and the right for consumers to know what they’re feeding themselves and their families.

It is through the manipulation of key political figures that Monsanto is able to manipulate our food supply, and this reality is actually much more devastating than you may think. Because not only does it mean that Monsanto will rail through their new GMOs with limited testing (the USDA is actually giving Monsanto special ‘speedy approval’ now to ram through their latest GMO abominations as I told you back in February of 2012), but it also means that Monsanto goons, who are willing to profit on food supply monopoly while ignoring all legitimate concerns, have a major pull on international trends.
Just look at the fact that taxpayers are now paying for Monsanto’s promotional marketing tools that are spread overseas in order to generate further business for the company. All through the United States State Department. We are now paying for Monsanto as if it were a government agency. 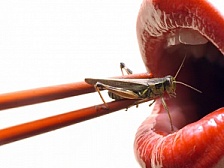 Amazing facts you probably don't want to know about! 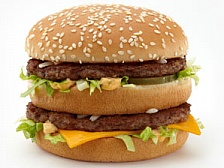 Revolting Facts About Fast Food Burgers. Did You Know? 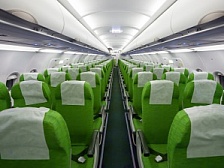 The worst things about Airline Travel 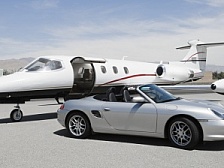 The most expensive things you don't need! 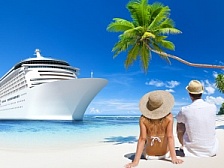 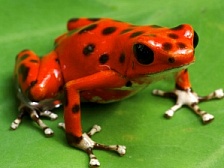 Very cute animals that can kill you!

Image Credits: Jamelle Bouie / Wiki
As social justice warriors attempt to misdirect justified anger over the non-indictment of Officer Daniel Pantaleo in the choking death of Eric Garner to make the issue all about race, statistics continue to illustrate how police brutality is a threat to all Americans, no matter what their skin color.
With Caucasians busy confessing their “white guilt” under the umbrella of the #CrimingWhileWhite Twitter hashtag, the reality of police brutality has been revealed by statistics out of the Centers For Disease Control which show that on average, almost three times more whites than blacks are killed per year by cops. With the white population roughly equating to three times that of the black population in the United States, these stats correlate with a trend of police brutality targeting all races, with the violence not being disproportionately directed towards blacks.

Instead of having a nuanced debate about what drives police profiling of black people and why cops immediately resort to violence in many cases, collectivists have ensured that the narrative is focused solely on “white guilt,” a misdirection that only serves to fuel a cultural race war, while communist groups have also hijacked the cause to push anti-capitalist economic sectarianism.
The very real problem of criminality and violence within the black community has also been completely overlooked in the rush to blame police brutality on “white privilege”.
FBI crime statistics show that black people commit almost the same number of homicides as whites and Hispanics put together, yet they represent only 13 per cent of the population. Again, despite representing only a fraction of the population, 93 per cent of blacks are killed by other blacks, according to Justice Department figures.
This problem of criminality and violence in the black community has nothing to do with skin color and everything to do with the glamorized ‘thug life’ culture promoted by (white-owned) entertainment companies via hip-hop and rap music.
The problem of brutality and abuse of force amongst police officers has nothing do with skin color and everything to do with increased militarization and federal training which encourages cops to see citizens as the enemy in a warzone.
Both of these integral factors have received little or no attention as a result of social justice vultures making the issue all about race. This isn’t about “white privilege,” it’s about “blue privilege,” a system that allows cops to get away with murder no matter the skin color of the victim.

White House: Obama Was ‘Speaking Colloquially’ When He Admitted To Violating Constitution

Image Credits: RTP / Flickr
Being White House Press Secretary these days seems to involve doing a lot of backpedaling and trying to persuade the nation that the President meant something completely different to what he actually said.
Such is the case once again this week as Josh Earnest attempted to convince the media that when Obama admitted last week that he was violating the Constitution by acting on his own to “change the law” on immigration, he didn’t literally mean he was changing the law.
Faced with pro-immigration hecklers during a speech in Chicago, a frustrated Obama asked them to stop yelling at him because “I just took an action to change the law,” on immigration.
The comments came just days after Obama and his staff were insistent that the President is not changing the law and cannot do so without a bill being passed in Congress. Indeed, Obama has said repeatedly that he cannot change the law because he is “not an emperor”.
The White House Press Secretary was confronted on the exchange by CBS reporter Major Garrett, who asked “Did the president misspeak in a moment of passion to try to calm the crowd? Or do you fundamentally believe that he has taken action to change the law?”
Earnest explained that Obama was “speaking colloquially,” although he struggled to pronounce the phrase several times, perhaps in an attempt to bypass his own inbuilt bullshitometer.
“I think the impact of the law certainly has been changed – in terms of the way that it affects, you know, millions of people who are in this country,” Earnest said. “I think that’s what the president was alluding to.”
—————————————————————-
Steve Watson is a London based writer and editor for Alex Jones’ Infowars.com, and Prisonplanet.com. He has a Masters Degree in International Relations from the School of Politics at The University of Nottingham, and a Bachelor Of Arts Degree in Literature and Creative Writing from Nottingham Trent University.

The elite’s greatest power lies in their ability to convince the world that they are unreachable to the average man and woman. Watch everyday citizens shatter this illusion by confronting the power elite’s tyranny head on.

Nancy Pelosi and the NSA
House Minority Leader Nancy Pelosi was at a loss for words when asked about her unflinching support of the NSA by teenage activist Andrew Demeter.
When approached about her voting record in regards to the NSA’s domestic and warantless data collection, Pelosi did what politicians do best – divert and blame.
“I, I, do not, I have questions about the metadata collection that they were, uh, collecting unless they had a reason to do so, so I found, uh, so I was one, I didn’t, I didn’t support, Amash – that resolution,” Pelosi said.
Making major headlines, the 16-year-old showed just how easily the foundations of tyranny can be shaken.
“If I — a shy, socially inept high-school student — can expose on a global scale the paradox that is politics, by asking nothing more than a question, then so too can you,” said Demeter.
John Kerry and Skull and Bones
While attending a public forum in 2007, University of Florida student Andrew Meyer confronted former Senator and current Secretary of State John Kerry on his membership with Skull and Bones, an occultist secret society and fraternity at Yale University.
Even before finishing his question, Meyer was stormed and assaulted by police armed with tazers, spawning the timeless phrase “Don’t taze me bro.”
Although Meyer was attacked for his speech, his confrontation went on to acquire millions of views online, exposing not only John Kerry but the dire state of the First Amendment as well.
Bill Clinton and Bohemian Grove
In 2007, an activist named Brian used a Bill Clinton speech in Minneapolis to further expose the elite’s favorite retreat – the Bohemian Grove.
Playing on the sexual predator’s egotistical nature, Brian was able to enrage the former President just enough to get him to mention the Grove’s very real existence.
“Did you say the Bohemian Club? That’s where all those rich Republicans go up and stand naked against redwood trees right?” Clinton mocked, ignoring his own involvement.
Although reports on the mysterious summer hideout have made headlines before, similar incidents such as Brian’s have worked to peek the public’s interest.
BONUS: Alex Jones Confronts David Gergen
While attending the 2004 Republican National Convention in New York City, Alex Jones stumbled upon David Gergen, a political adviser to four U.S. Presidents.
Gergen, a long-time member of the Grove, became furious after Alex asked him about the club’s occult ritual known as the “Cremation of Care.”
“That’s none of your damn business!” Gergen said.
Sensing his defeat, Gergen cowered into the crowd, infuriated that his secret satanic proceedings had been exposed.
In our current age of cell phone cameras and social media, will you be the next patriot to bring down the elite’s facade?
You are the resistance.

This past holiday, however, many Americans demonstrated that they’re more interested in their Second Amendment rights than flat screen TVs or cheap DVDs.
According to the FBI, last Friday saw a staggering 175,000 background checks processed via the agency’s National Instant Criminal Background Check System, a number the agency says made Friday the second highest gun purchase day ever.
Black Friday gun sales this year were only exceeded by sales conducted on December 21, 2012, according to CNN, when President Obama threatened to use executive orders to restrict gun rights following the Sandy Hook school shooting.
“Traditionally, Black Friday is one of our busiest days for transaction volume,” said FBI spokesman Stephen Fischer, adding that the background check system was “averaging three checks per second.”
The FBI was reportedly so inundated by background check requests that they contracted out call center labor and had employees work extra shifts, some working 17-hour workdays.
“The challenge is to have staff keep up with this volume,” Fischer said. “We do that by limiting personal leave, asking employees to work extra shifts and reutilizing former … employees to serve in NICS during this busy period.”
The workload was apparently so taxing that the agency was unable to complete around 3,000 checks, reports Mediaite.