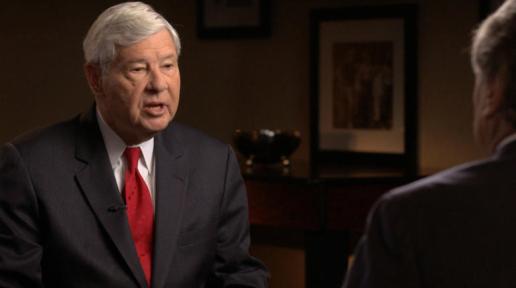 Underneath the visitors’ center in the United States Capitol is a secure room where the House Intelligence Committee stores highly classified files. In that room is a file titled “Finding, Discussion and Narrative Regarding Certain Sensitive National Security Matters.” It is twenty-eight pages long and it contains apparently damning information on the events leading up to the attacks on 9/11.
“Those twenty-eight pages tell a story that has been completely removed from the 9/11 Report,” said Democratic Congressman Stephen Lynch back in 2014.
It has been well-known by informed Americans that Lynch, read the “stunning” documents, and claimed they “offer[ed] direct evidence of complicity on the part of certain Saudi individuals and entities.”
However, the 28-pages have been conveniently avoided by those in the mainstream media — until now.
On Sunday night’s episode of 60-Minutes, former Florida governor, Democratic U.S. Senator and onetime chairman of the Senate Select Committee on Intelligence, Bob Graham implicated the US ally on national television.
On Saturday, CBS News released a trailer for the episode and an accompanying article.

Until now, anyone who questioned the highly suspect ‘official’ narrative on the 9/11 attacks has been labeled a conspiracy theorist or a kook. But when current and former members of Congress, U.S. officials, and the 9/11 Commissioners themselves call for the release of these 28-pages, which tells a different story of what happened that fateful day — people will listen.
CBS reports, Graham and his Joint Inquiry co-chair in the House, former Representative Porter Goss (R-FL) — who went on to be director of the CIA — say the 28 pages were excised from their report by the Bush Administration in the interest of national security. Graham wouldn’t discuss the classified contents, but says the 28 pages outline a network of people he believes supported hijackers in the U.S. He tells Steve Kroft he believes the hijackers were “substantially” supported by Saudi Arabia. Asked if the support was from government, rich people or charities, the former senator replies, “all of the above.”
This information being aired on mainstream television is nothing short of historical and is a bombshell to those seeking the truth. For over a decade, the families of the victims have demanded the full story on what happened and have only been met with ridicule and closed doors.
Even the 911 commission was railroaded. Not only were the commissioners given extremely limited funds to conduct their investigation, but they were also met with dead ends in almost every direction.
For starters, only $15 million was given to investigate 9/11. Compare that to the over $60 million that was spent investigating Clinton’s affairs with Monica and the travesty becomes greater. This was the largest act of murder in recent US history, and more money was spent investigating a philandering president!
Also, Senator Max Cleland, who resigned from the 9/11 Commission after calling it a “national scandal,” stated in a 2003 PBS interview,


“I’m saying that’s deliberate. I am saying that the delay in relating this information to the American public out of a hearing… series of hearings, that several members of Congress knew eight or ten months ago, including Bob Graham and others, that was deliberately slow walked… the 9/11 Commission was deliberately slow walked, because the Administration’s policy was, and its priority was, we’re gonna take Saddam Hussein out.”

In 2006, the Washington Post reported that several members of the 9/11 Commission suspected deception on the part of the Pentagon. As reported,


“Some staff members and commissioners of the Sept. 11 panel concluded that the Pentagon’s initial story of how it reacted to the 2001 terrorist attacks may have been part of a deliberate effort to mislead the commission and the public rather than a reflection of the fog of events on that day, according to sources involved in the debate.”

Whether they took part in the attacks or not, the actions of Dick Cheney and George W. Bush after the attacks were nothing short of criminally suspicious as well.
Bush and his then VP Cheney told the commission that they would not be formally interviewed in relation to the attacks on September 11.
On April 27, 2004 the White House released a statement saying there would be no recording or formal transcription of the interview. The duo also demanded to be interviewed together, against the wishes of the commissioners and government protocol.
According to the New York Times,


Under a pact with the White House that allowed all its 10 members in the interview, the commission is permitted to take a note taker, but not a recording device. The panel said it did not press for a formal transcription of the session, letting the White House decide.

Whatever is in those 28-pages, the United States government does not want you to know. As is the case most of the time when the government keeps a secret, it’s because they have been doing something they shouldn’t have. It is high time we, as American citizens, demand they release this report.
Please share this article with your friends and family to let them know that those who remain suspicious about the tragic events that unfolded on September 11, 2001, are not crazy conspiracy theorists, but rather good people who want real justice for those responsible.
Matt Agorist is an honorably discharged veteran of the USMC and former intelligence operator directly tasked by the NSA. This prior experience gives him unique insight into the world of government corruption and the American police state. Agorist has been an independent journalist for over a decade and has been featured on mainstream networks around the world. Follow @MattAgorist
Courtesy of The Free Thought Project