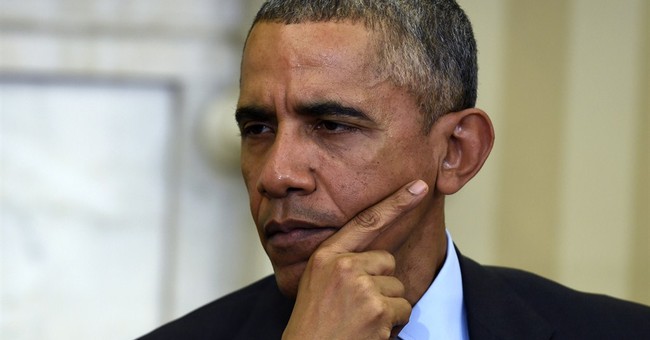 Mar. 20, 2015
The Obama administration seems to have taken the old adage about keeping friends close but enemies closer to new extremes, judging from the reaction to the Israeli elections. The United States has no real friends in the Middle East, save Israel. Our strategic relationships with other governments, from Saudi Arabia to Jordan to Egypt and others, are not true friendships but are based on mutual self-interest. They can and do change depending on circumstances and players.
We were allied with Egypt under Hosni Mubarak, but abandoned him when the Arab Spring promised new, democratic leadership. Then -- thankfully -- we restrained our support for his successor, Mohammed Morsi, who turned out to be no democrat, despite being elected.
The U.S. relationship with Israel has always been different, owing not to who leads either government, but based on shared values, culture and history. Those ties have been important since the founding of Israel. Harry Truman played a pivotal role in recognizing Israel in 1948 -- against the vigorous opposition of his secretary of state and others in the administration -- legitimating the Jewish state when much of the world was opposed to its creation.
But history is not the primary reason we have always stood by Israel and must do so today. We are part of the same civilization. Our values are the same, part of a continuing tradition that traces its roots back some 4,000 years. Our Founders understood the profound importance of Judeo-Christian values in the American conception of individual rights, believing a Creator -- not government -- endowed each person with the unalienable right to life, liberty and the pursuit of happiness.
President Obama, however, seems oblivious to what makes Israel different from other allies in the region. He seems not to understand the basis on which we have a special relationship with Israel. It goes beyond his repeated personal snubs of Prime Minister Benjamin Netanyahu, most recently by delaying calling Netanyahu after his Likud Party's surprising victory in the Israeli parliamentary elections. Obama was much quicker to make congratulatory calls to tyrants like Russia's Vladimir Putin and Iran's Hassan Rouhani following their elections. The White House seems intent on insulting Netanyahu, but, more importantly, on punishing Israel.
It's a dangerous game the president and his administration are playing. On Wednesday, anonymous high-level administration officials hinted to Politico that the U.S. might have to rethink the way it deals with Israel, perhaps not opposing U.N. resolutions condemning the Jewish state on settlements and other issues as we always have. Congressional support for Israel is strong enough to make it highly unlikely that the administration could reduce foreign or defense aid. But it is not inconceivable that Israel's support in Congress could, in the long run, be jeopardized if more Democrats follow Obama's lead.
Obama is on track to go down as more hostile toward Israel than any president in the past 68 years. It is hard to believe his actions stem from nothing more than personal animus toward Netanyahu. Obama has no trouble reaching out to the likes of Iran's Supreme Leader Ayatollah Ali Khamenei, writing him a fawning letter back in November. But he can't seem to bury the hatchet with Netanyahu. Is there more to this than his dislike for one man?
The left has largely abandoned Israel. And unfortunately, Obama is a man of the left. Having won reelection, he seems willing to allow his leftist instincts to guide him more openly in foreign policy than in his first term. But those instincts were always there. They are what made him promise as a candidate that he would meet with Fidel Castro, Hugo Chavez and Kim Jong Il without preconditions, calling the failure of other presidents to do so a "disgrace."
But the real disgrace is a president who does not stand by our friends and who would embrace our enemies. Eight years of Barack Obama's presidency may well leave the United States with fewer friends and will have done little to stop more tyrants from occupying the world stage.
Posted by --------------------------------------- at 9:38 PM