Who is Behind “Al Qaeda in Iran”?

Who is Behind “Al Qaeda in Iran”?


As the FBI reels from what now appears to be revelations it was directly involved in the Boston Marathon bombings, a deluge of FBI “success” stories have been “serendipitously” splashed across Western headlines. Among them was an allegedly “foiled” terror attack in Canada, reported to be the work of terrorists supported by “Al-Qaeda operatives in Iran.” The Globe and Mail, in its report, “Canada joins U.S. in alleging al-Qaeda has operatives based in Iran,” states:

“To many, it came as a surprise that the RCMP is alleging that two terror suspects arrested in Canada on Monday were supported by al-Qaeda operatives in Iran.

The Sunni-based al-Qaeda and Shia Iran belong to different branches of Islam that have been at odds historically. But in recent years U.S. officials have formally alleged that Iran has allowed al-Qaeda members to operate out of its territory.” 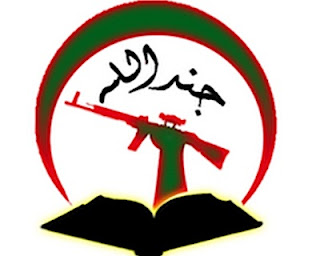 Both at face value and upon deeper examination, this assertion is utterly absurd, divorced from reality, and indicative of the absolute contempt within which the Western establishment holds the global public. In reality, the West, the US, Saudi Arabia, and Israel in particular, have propped up and perpetuated Al Qaeda for the very purpose of either undermining or overthrowing the governments of Iran, Syria, Iraq, Lebanon, Algeria, Libya, Russia, Malaysia, Indonesia, and beyond.
Regarding Iran in particular, Pulitzer Prize-winning journalist Seymour Hersh in his 2007 New Yorker piece titled, “The Redirection: Is the Administration’s new policy benefiting our enemies in the war on terrorism?” would state:
To undermine Iran, which is predominantly Shiite, the Bush Administration has decided, in effect, to reconfigure its priorities in the Middle East. In Lebanon, the Administration has cooperated with Saudi Arabia’s government, which is Sunni, in clandestine operations that are intended to weaken Hezbollah, the Shiite organization that is backed by Iran. The U.S. has also taken part in clandestine operations aimed at Iran and its ally Syria. A by-product of these activities has been the bolstering of Sunni extremist groups that espouse a militant vision of Islam and are hostile to America and sympathetic to Al Qaeda.
In a follow up, Hersh in his 2008 New Yorker piece titled, “Preparing the Battlefield: The Bush Administration steps up its secret moves against Iran,” spelled out a damning indictment of US involvement in bolstering, arming, and funding terror organizations, not linked to, but described as actually being Al Qaeda.

The Administration may have been willing to rely on dissident organizations in Iran even when there was reason to believe that the groups had operated against American interests in the past. The use of Baluchi elements, for example, is problematic, Robert Baer, a former C.I.A. clandestine officer who worked for nearly two decades in South Asia and the Middle East, told me. “The Baluchis are Sunni fundamentalists who hate the regime in Tehran, but you can also describe them as Al Qaeda,” Baer told me. “These are guys who cut off the heads of nonbelievers—in this case, it’s Shiite Iranians. The irony is that we’re once again working with Sunni fundamentalists, just as we did in Afghanistan in the nineteen-eighties.” Ramzi Yousef, who was convicted for his role in the 1993 bombing of the World Trade Center, and Khalid Sheikh Mohammed, who is considered one of the leading planners of the September 11th attacks, are Baluchi Sunni fundamentalists.

The report would continue by stating (emphasis added):

One of the most active and violent anti-regime groups in Iran today is the Jundallah, also known as the Iranian People’s Resistance Movement, which describes itself as a resistance force fighting for the rights of Sunnis in Iran. “This is a vicious Salafi organization whose followers attended the same madrassas as the Taliban and Pakistani extremists,” Nasr told me. “They are suspected of having links to Al Qaeda and they are also thought to be tied to the drug culture.” The Jundallah took responsibility for the bombing of a busload of Revolutionary Guard soldiers in February, 2007. At least eleven Guard members were killed. According to Baer and to press reports, the Jundallah is among the groups in Iran that are benefitting from U.S. support.

The manifestation of this insidious conspiracy can be seen playing out across Syria in which US-backed terrorists openly operating under the flag of Al Qaeda are locked in a catastrophic sectarian bloodbath with the Syrian people and the Syrian state’s closest ally, Iran. The conflict in Syria exposes that the machinations revealed back in 2007-2008 by Hersh, are still being carried out in earnest today.
Clearly, US-Canadian claims that Iran is somehow involved in harboring Al Qaeda within its borders, when it has been the West for years propping them up specifically to overthrow the Iranian government, are utterly absurd. In reality, while the West uses Al Qaeda’s presence both within Iran and along it peripheries to undermine and ultimately overthrow the Iranian government, it in turn uses these very terror organizations to induce paralyzing fear across Western populations in order to consolidate and expand power at home.
Additional Reading: For more information on just how much support the US has provided Al Qaeda terrorists in Baluchistan versus both Pakistan and Iran, please see, “US Attempting to Trigger Color Revolution in Pakistan.” For more information on the US’ delisting, arming and training of the terror organization, Mujahedeen e-Khalq (MEK or MKO) versus Iran, please see, “US to Delist & Arm American-Killing Terror Cult.”
Copyright © 2013 Global Research
Posted by --------------------------------------- at 11:12 PM