Do You Trust Banks? Country by County Comparison

Do You Trust Banks? Country by County Comparison

Here is an interesting Gallup poll that came my way today from a friend "BC". The poll was taken last month. It shows European Countries Lead World in Distrust of Banks. 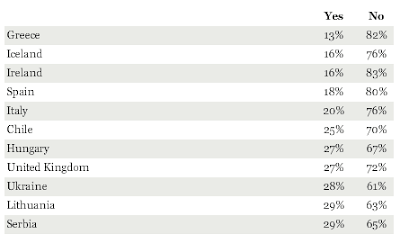 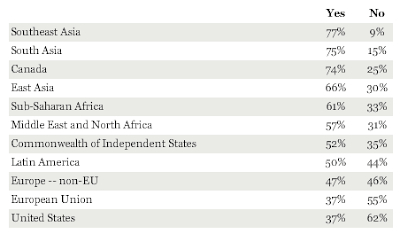 Note the misplaced trust in Asian, African, and even Canadian banks.

The wording of the question as listed was confusing: "In [country] do you have confidence in each of the following or not? How about financial institutions or banks?"

The question should have been more along the lines of "Do you have confidence in your country's banks and financial institutions?" 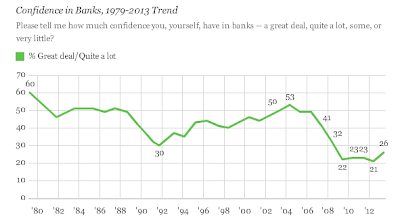 The question for the above poll was slightly different than the global poll: "Please tell me how much confidence you, yourself, have in banks - a great deal, quite a lot, some, or very little."

Although up from a rock bottom 21%, the current 26% is certainly nothing to brag about.