Obama's National Intelligence Director, James Clapper, blatantly lied to Congress last Spring when in response to a question stated the NSA does not "not wittingly" collect information on Americans in bulk. The lie was revealed thanks to American hero and true patriot, Edward Snowden.

Proven a liar, Clapper now freely admits he gave the "least untruthful" answer he could without revealing classified information.


Rep. James Sensenbrenner Jr., the original author of the Patriot Act, says Director of National Intelligence James Clapper should be prosecuted for lying to Congress.

"Lying to Congress is a federal offense, and Clapper ought to be fired and prosecuted for it," the Wisconsin Republican said in an interview with The Hill.

He said the Justice Department should prosecute Clapper for giving false testimony during a Senate Intelligence Committee hearing in March.

During that hearing, Sen. Ron Wyden (D-Ore.) asked Clapper whether the National Security Agency (NSA) collects data on millions of Americans. Clapper insisted that the NSA does not — or at least does "not wittingly" — collect information on Americans in bulk.

After documents leaked by Edward Snowden revealed that the NSA collects records on virtually all U.S. phone calls, Clapper apologized for the misleading comment.

The intelligence director said he tried to give the "least untruthful" answer he could without revealing classified information.

Sensenbrenner said that explanation doesn’t hold water and argued the courts and Congress depend on accurate testimony to do their jobs.

Nothing Beyond the Octopus Reach


Following this year’s further revelations on the NSA actively spying on Americans’ communications, along with the president’s promise to “reign in” the powers of US spooks, one would have expected that the government would be engaged in a damage control campaign going forward.

However, this is the criminally insane military industrial complex usurped government we’re referring to, so Instead they’re putting world-eating Octopus logos on the side of spy satellites and tweeting about it.

Here’s a photograph of the launch of NROL-39, the latest government spy satellite being overseen by The National Reconnaissance Office, which provides signals intelligence to the NSA, among other agencies. The NRO is considered one of the “big 5? spy agencies. 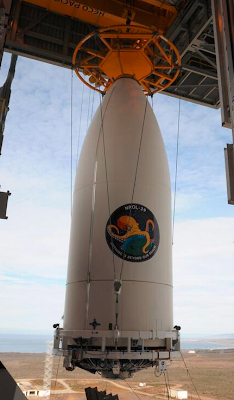 Let's hone in on the logo. 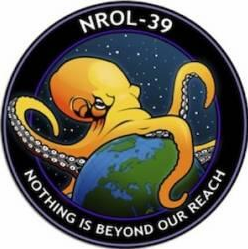 The logo reads "nothing beyond our reach".

Obviously that includes Merkel's phone, and anything else the NSA wants to spy on.

The NRO claims "The octopus, is a versatile, adaptable, and highly intelligent creature. Emblematically, enemies of the United States can be reached no matter where they choose to hide."

To me that sounds like the "least untruthful" response without admitting what the symbol really means and what they really intend to do: spy on literally everything.

The Patriot Act was anything but. It should be scrapped. James Clapper should be prosecuted and spend the rest of his life in prison where he can think about the true meaning of patriotism.

Meanwhile, those looking for a true patriot ought to stand up and salute Edward Snowden. He risked his life, security, and personal freedom to protect the US constitution. What's more patriotic than that?