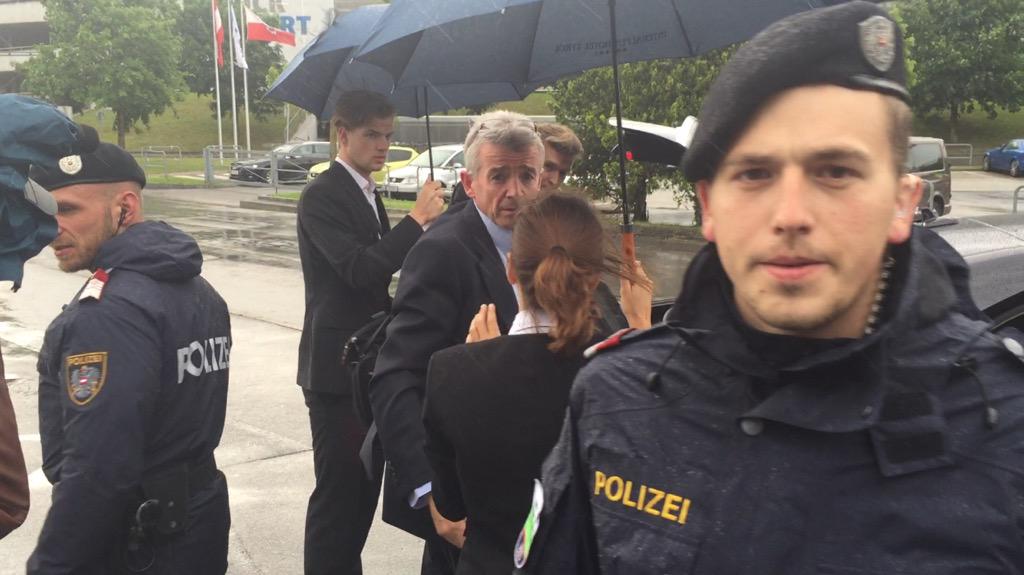 Bilderberg steering committee member and Vice Chair of Rothschild Europe Franco Bernabè was confronted about his role in the secretive organization as he left the conference via the train station earlier today.
Bernabè was forced to quit his position as head of Telecom Italia SpA in 2013 after a clash with top shareholders but now holds one of the most powerful positions within the Bilderberg Group, whose meeting in Telfs, Austria concluded today.
German reporter Tilman Knechtel quizzed Bernabè, who told him to ask Bilderberg “press relations” for information. When asked why he wasn’t allowed to talk about the conference, Bernabè cited the “Chatham rules,” a reference to the Chatham House Rule, which forbids anyone who was at Bilderberg from revealing who said what.
Bernabè then said there was no “danger” in him revealing information but still refused to do so, before asserting, “there is no secret about this.”
“There is nothing to say, there is no secret, everything is published on the site, you should check the Bilderberg site. In reality, the list of topics discussed by Bilderberg on their official site is so vague as to be virtually meaningless.
“There will be a statement released by the Bilderberg,” added Bernabè.
The former Telecom Italia CEO then told Knechtel to go to the airport to find Bilderberg members who were taking private jets. Bernabè continued to refuse to identify who he was, denying that he was a banker, a politician, an academic or a media mogul.
Bernabè repeatedly insisted there was “no secrecy” surrounding Bilderberg, despite the fact this week’s confab in Telfs, Austria has taken place behind a ring of steel, which included 2,000 police officers and checkpoints miles outside the hotel grounds and police even patrolling nearby mountains.
Bernabè laughed when asked if he was in the steering committee (the inner circle of Bilderberg elites that sets the agenda for the conference and decides on the participants), before stating, “you have plenty of footage now, I think you can post it.”
“What are the politicians doing there, they are paid with our money so we wanna know,” said Knechtel, to which Bernabè responded, “You’ll have to ask the politicians.” Bernabè laughed once more when asked, “Do they get orders from you?” before denying that Bilderberg was a lobbying organization based on crony capitalism.
Asked what consensus was set at Bilderberg and what talking points were discussed, Bernabè stated, “It was a private meeting and the themes of this private meeting are on the Internet.” Knechtel pointed out the vagueness of the talking points, to which Bernabè responded “there will be more.”
Confronting a Bilderberg member on the secretive conference is hard enough, engaging them in a 12 minute conversation is some feat.
Bernabè’s reluctance to parrot anything other than Bilderberg talking points once again illustrates the strict secrecy of the conference and why many are concerned about the undemocratic nature of politicians meeting with captains of industry and banking in complete secrecy behind closed doors.
Infowars reporters also confronted other Bilderberg members both inside and outside Innsbruck Airport. Watch footage below.
Source